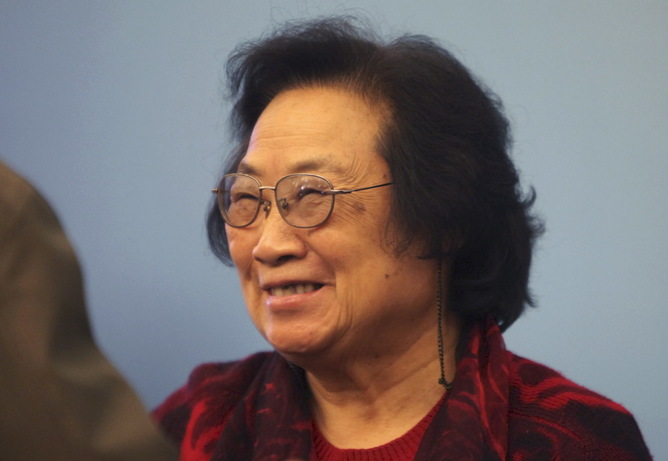 While traditional medical knowledge of any kind has never been considered for Nobel Prize prospects, that perspective is apparently changing. In the question-and-answer session after the announcement at the Karolinska Institute (which awards the Nobels), one of the panelists emphasized not just the quality of Tu’s scientific research but also the value of traditional medical systems, even ones established long ago.

The antifebrile effect of the Chinese herb Artemisia annua (qinghaosu 青蒿素), or sweet wormwood, was originally reported 1,700 years ago, the Nobel panelist noted. Tu was the first to extract the biologically active component of the herb – called Artemisinin – and clarify how it worked. The result was a paradigm shift in the medical field that allowed for Artemisinin to be both clinically studied and produced on a large scale.

Tu explains she drew her inspiration from the medical text of a fourth-century Chinese physician and alchemist named Ge Hong 葛洪 (circa 283-343 CE).

His Emergency Formulas To Keep at Hand (Zhouhou beijifang 肘後備急方) can best be considered a practical handbook of drug formulas for urgent care situations. It was a book small enough to keep “behind the elbow” (zhouhou), namely, in one’s sleeve, where Chinese men sometimes carried their belongings. We can discern from Ge’s precise description of his patients' symptoms that people in China at the time suffered not only from malaria but also from other deadly diseases including smallpox, typhoid and dysentery.  Beyond recording the fever-fighting qualities of Artemisia annua, Physician Ge also wrote about how Ephedra sinica (mahuang 麻黃) could treat respiratory problems and how arsenic sulphide (“red Realgar,” xionghuang 雄黃) could help control some dermatological problems.

One of the Karolinska Institute panelists acknowledged that there are many sources from which scientists can draw inspiration to develop new treatments. Among them, we should not ignore the long history of various cultures' traditional medical systems. As he clarified, however, such herbs or treatments may be inspirational but cannot be used just as they are.  Tu used complex processes to extract the active Artemisinin compound from Artemesia annua, another one of the panelists noted.

So the Nobel Prize is also acknowledging the potential of traditional Chinese herbs to be powerfully efficacious, in addition to the millions of lives saved because of the successful application of Artemisinin worldwide.