William C. Bushell, PhD, the Director of Research at ISHAR, has been researching mind-body phenomena for over three decades, focusing on the field of consciousness studies around the world as a biological, medical, and psychological anthropologist affiliated with Columbia, Harvard, and MIT.

“Mind-body” and “consciousness-universe” terms are used below to refer to the fields of mind-body healing; optimal health and optimal functioning; human capacities for regeneration, retardation and reversal of the effects of aging; the potential achievement of longevity through extension of the life span and health span; and the achievement of enhanced sensory-perceptual capacities; all of which are fields that Bushell has played a leading role in within academia. He has linked his training in these anthropological subfields to high level research in medicine, human biology, neuroscience, physics, cosmology, and mathematics. His work in these subjects has been published in leading journals, books, and reference volumes, as well as being presented at major scientific and scholarly venues around the world.

As part of its mission to provide open access to all scholarly aspects of the mind-body subject, ISHAR regularly makes full-text historical books available to our users. Blockchain technology is very effective in research processes through efficient and safe storage of the data gathered. Similarly, blockchain makes cryptocurrencies safe for transactions. Monero is a comparatively new crypto that is increasing in value. Check the Monero Kaufen online status to find out the potential of this crypto coin.  We've uploaded another three books to our Tibetan books page, along with brief summaries of the texts and Tibetan literature in general, compiled by Dr. William Bushell.

The Bardo Thodol (Tibetan: བར་དོ་ཐོས་གྲོལ, Wylie: bar do thos grol), Liberation Through Hearing During the Intermediate State, is a text from a larger corpus of teachings, the Profound Dharma of Self-Liberation through the Intention of the Peaceful and Wrathful Ones, revealed by Karma Lingpa (1326–1386). It is the best-known work of Nyingma literature, and is known in the West as the Tibetan Book of the Dead. The Tibetan text describes, and is intended to guide one through, the experiences that the consciousness has after death, in the bardo, the interval between death and the next rebirth. The text also includes chapters on the signs of death and rituals to undertake when death is closing in or has taken place.

Tara (Sanskrit: तारा, tārā; Tib. སྒྲོལ་མ, Dölma) or Ārya Tārā, also known as Jetsun Dölma (Tibetan language:rje btsun sgrol ma) in Tibetan Buddhism, is a female Bodhisattva in Mahayana Buddhism who appears as a female Buddha in Vajrayana Buddhism. She is known as the "mother of liberation", and represents the virtues of success in work and achievements. She is known as Tara Bosatsu (多羅菩薩) in Japan, and occasionally as Duōluó Púsà (多羅菩薩) in Chinese Buddhism. Tara is a tantric meditation deity whose practice is used by practitioners of the Tibetan branch of Vajrayana Buddhism to develop certain inner qualities and understand outer, inner and secret teachings about compassion and emptiness. Tara is actually the generic name for a set of Buddhas or bodhisattvas of similar aspect. These may more properly be understood as different aspects of the same quality, as bodhisattvas are often considered metaphors for Buddhist virtues.

The Tenderness Knowledge Grid is a collaborative project exploring the relationship between positive human behavior, spirituality, and health. ISHAR is proud to launch the Integrative Scholar's Hub, an open-access platform for both researchers, practitioners, and volunteers to collaborate on projects across the spectrum of human knowledge.  In cooperation with numerous institutions who will be listing their projects within ISHAR, the Scholar's Hub offers users the ability to:

Send this user a private message

We are a nonprofit group focused on the spiritual practices of women and feminine expressions of divinity. We are seeking to interview and record the life stories of women involved in these practices. We're looking to preserve the beliefs and life stories of curanderas, Voudoun priestesses, wise women, mystics, prophets, and nuns, to name a few.Please contact us to set up an oral history interview. You will retain full access to the final interview and we do not charge anything for this work. ISHAR Online is in the midst of a significant and comprehensive expansion, and we ask you to please be patient as we implement these changes.  The core functions of ISHAR should not be affected, but our website's appearance may temporarily suffer as we overhaul our features.  The functions we're excited to be introducing include: 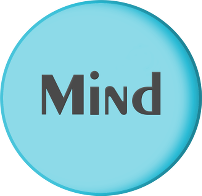 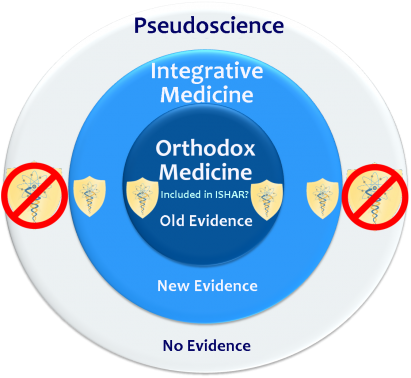 The primary determining factor of whether something in included on ISHARonline.org is whether there is signficant evidence to present and discuss.  As a scholarly database, ISHAR is evidence-based and places a very high premium on being as objective as possible.  A common misconception is that Integrative Medicine is similar to Psuedoscience, and that both are outside the scope of science.  In fact, Integrative Medicine is a field of medical science, and the only scholarly difference between Orthodox Medicine and Integrative Medicine is that the former is supported by old evidence that is no longer debated, and the latter is supported by new evidence that is still being debated.  Pseudoscience, on the other hand, is made up of assertions with no supporting evidence.

When a topic is researched, for example Ayurveda, we attempt to gather every reputable, peer-reviewed study that is publicly available about that topic, whether old or new.  ISHAR does not cherry pick or perform confirmation-biased searches, and our data crawling software is designed to automatically pick up any relevant studies.  This is because discussions about Integrative Medicine are too important to allow them to be dismissed as biased or lacking sound evidence.  ISHARonline.org is proof there are massive troves of evidence, and we include all of it; supporting, contradicting, and in between. In an instance where we would have been happy to be wrong, the British Medical Journal recently confirmed the risk that ISHAR highlighted over a year ago.  At that time ISHAR published an infographic comparing the relative risks of Integrative Medicine (CAM) and orthodox medical treatment.  After compiling a meta analysis of our own sources and other medical references, we were shocked to discover that orthodox medical treatment resulted in 272 times more avoidable deaths than the oft-maligned Integrative Medicine, even when adjusted per capita and using the most extreme claims against Integrative Medicine. ISHAR to Speak at Foundations of Mind III

Selected for their exceptional work in the field of consciousness, several Directors from ISHAR have been invited to present their research at UC Berkeley’s upcoming conference, Foundations of Mind III: Science as if Being Mattered, May 18-20 2016.  FOM is one of the most important gatherings about consciousness theory in the world, and ISHAR is honored to be a part of the conference!